Congressman Gosar: "Not in My House."

Not in My House.

"WASHINGTON, D.C. - Today, U.S. Congressman Paul A. Gosar, D.D.S. (AZ-04) contacted the U.S. Capitol Police, as well as Attorney General Jeff Sessions, asking they consider checking identification of all attending the State of the Union address and arresting any illegal aliens in attendance. Additionally, Congressman Gosar asked that they arrest those using fraudulent social security numbers and identification to pass through security.

“'Of all the places where the Rule of Law needs to be enforced, it should be in the hallowed halls of Congress,' said Congressman Gosar. 'Any illegal aliens attempting to go through security, under any pretext of invitation or otherwise, should be arrested and deported.'"

This is why we can’t have nice things... https://t.co/2vLHDFvFgq

Representative Ruben Gallego used the opportunity to send out a campaign email:

This morning, Arizona Congressman Paul Gosar threatened DREAMers just so he could score a minute of air time on Fox News and appease Trump's base. 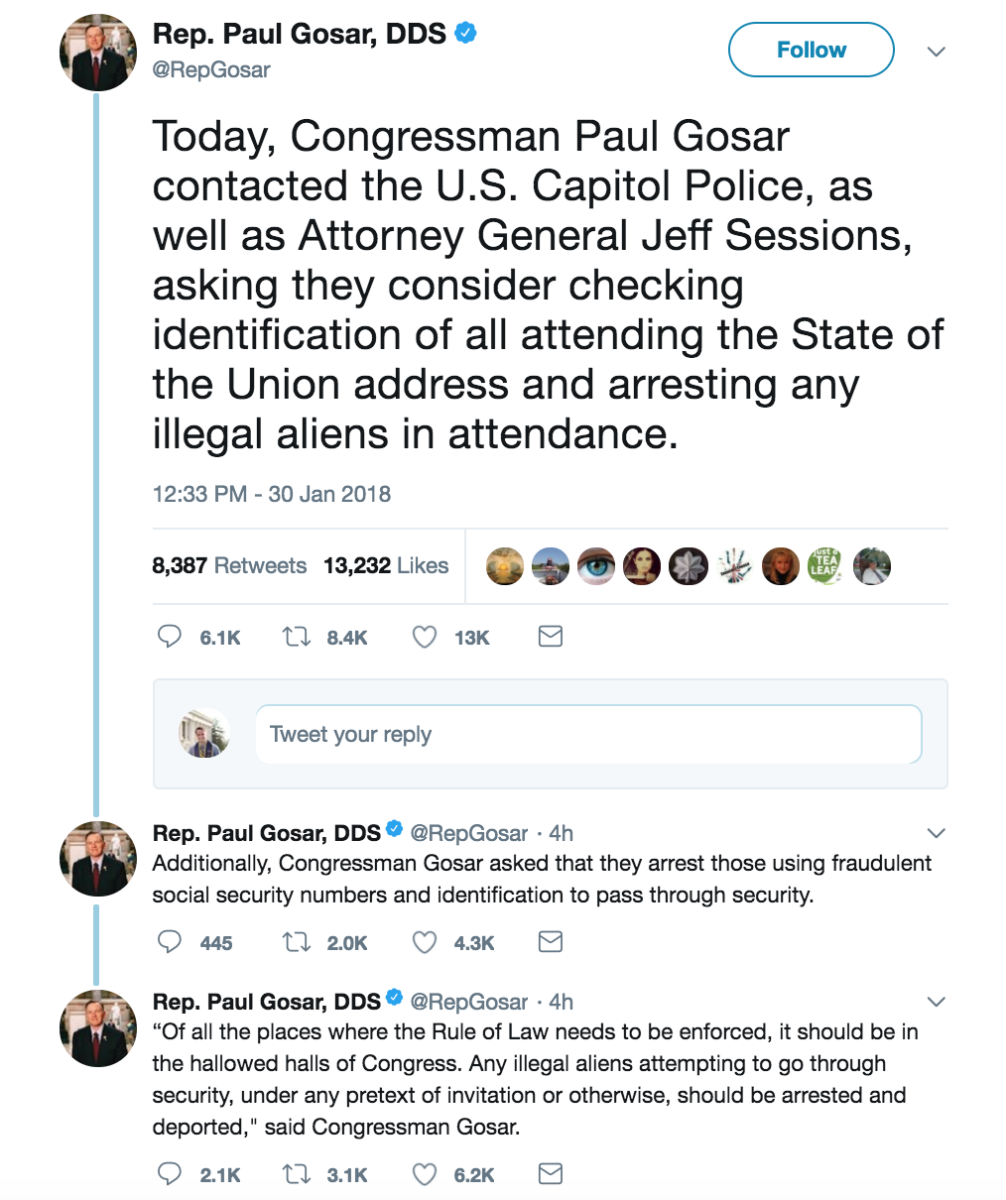 Gosar's tweet threatening DREAMers attending the State of the Union is despicable. We will not let his threat scare DREAMers and their allies into silence.

I am honored to be joined at the State of the Union, by my guest Antonio Valdovinos of Phoenix -- a DREAMer and activist who was denied entry to the Marine Corps because of his legal status. Antonio and I will not let Gosar intimidate us. We will fight for DREAMers until we get a clean DREAM Act passed!

Lynne LaMaster is the Founder and Editor of the eNewsAZ Network of websites. She asks a lot of questions! In her spare time, she loves photography, cooking and hanging out with her family.